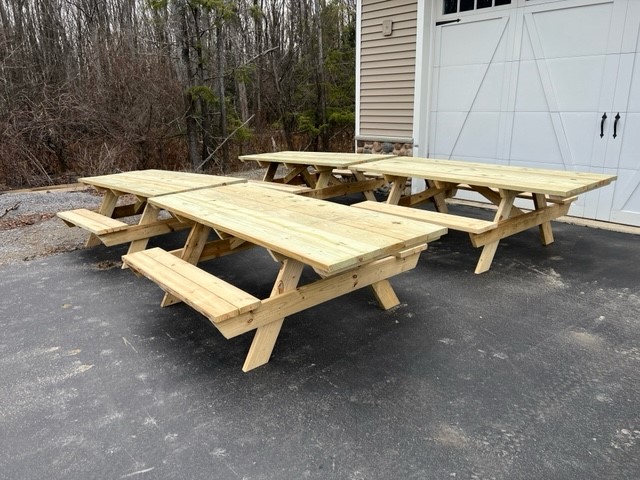 Will Miller and his team of helpers constructed four custom picnic tables, specially designed with extended tabletops to accommodate persons with disabilities. They have been donated to the Village and will be placed throughout Hamlin Park. See more pictures here.

Will Miller is a senior at East Aurora High School and has been in scouting since joining Pack 514 as a Cub Scout. From there, Will joined Boy Scout Troop 513. Will is grateful for the support of his fellow troop members and leaders. Will credits his may helpers for his project - troop members and their fathers, saying the group effort was made possible by these great people who were simply "amazing." Will was able to raise the money for his Eagle Scout project and thanks the wonderful people of East Aurora for donating cans and bottles.

The Village extends our sincerest thanks to Will and all involved with his Eagle Scout project for making and donating these beautiful tables that are extra exceptional, proving accommodations for special persons!